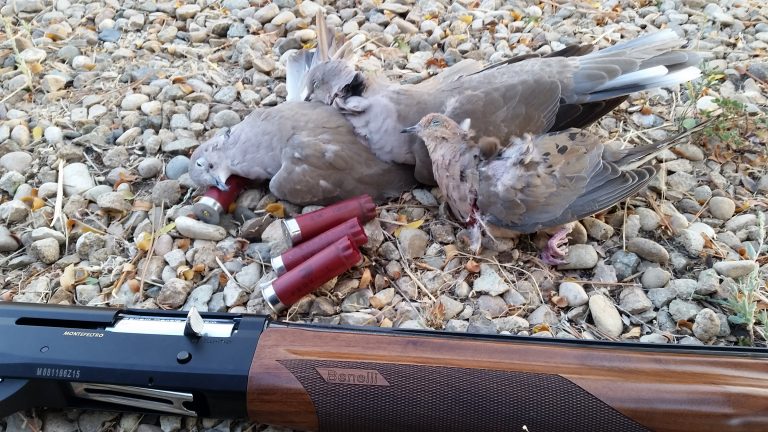 The Idaho dove season started at the beginning of September, and the area of Idaho I am currently living in is a magnet for the Collared dove, with tons of grit, grain fields, corn fields, and water sources. Collared doves have been sweeping across America for more than a handful of years now, displacing the native Mourning Dove population. This season I initially I did some pass shooting, but after a little arts and crafts from dollar store materials, I have a flapping decoy that is bringing in the action a little closer, for a little more fun.

My harvest ratio of Collared to Mourning dove is about 8 to 1, which isn’t that inspiring for the Mourning dove population, and really presents how much of a threat Collared doves are to Mourning Doves. The only positive side of harvesting a Collared dove is that they are almost 2 times larger than a Mourning dove, and are not part of the dove season. They can be taken anytime. Double check your local rules and regulations though, some other rules may apply.