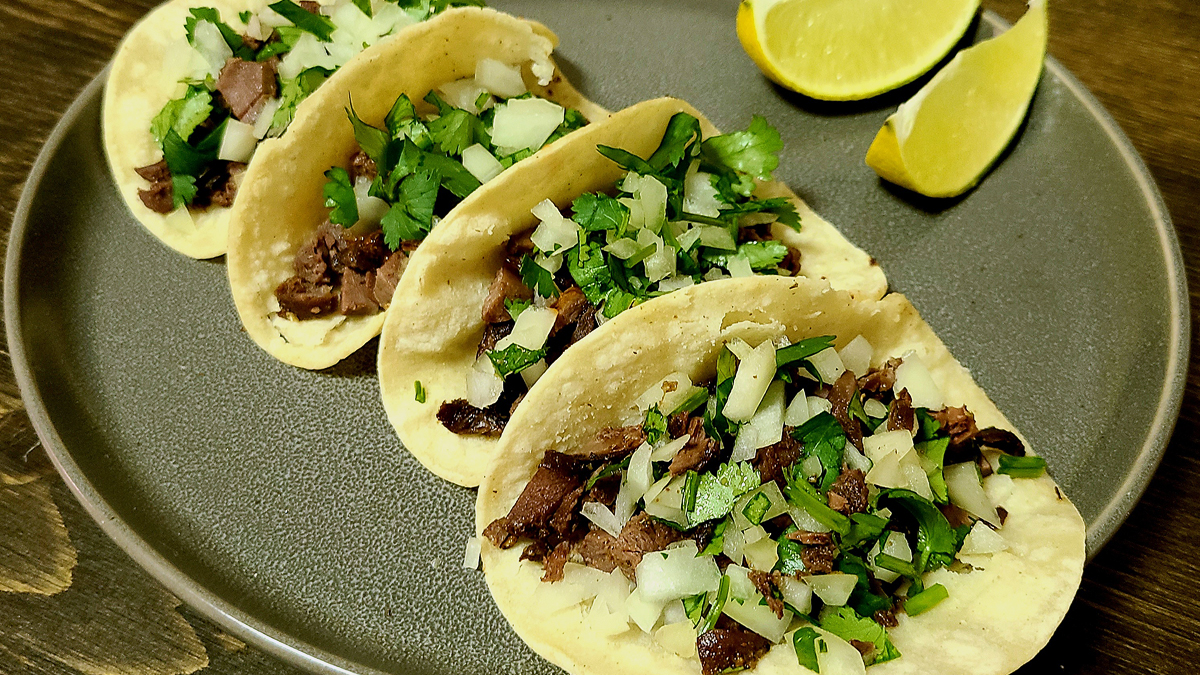 Don’t waste those hearts and gizzards, because they are offal good, especially in a duck offal street taco.  Yeah, its a corny play on words, but its also true.

Some hunters are picky about duck species, others just plain suck at cooking duck, and think they all taste like trash.  It’s no surprise that a duck hunter, who doesn’t care much for duck meat, would pay no attention to the organs. They are missing out.

Its probably just my opinion, but unlike duck meat, you can’t really overcook an organ.  Almost any overcooked duck breast will taste like liver, species does not matter.

With regards to hearts and gizzards, they taste fairly fairly mild, don’t change flavor much, and when overcooked, can be shredded.  I prefer to leave them with a little bit of a chew to them, but dice them small.

4 Small Corn Tortillas
2 to 4 Duck Gizzards and Hearts
1/2 Small Onion, Chopped
1/2 Cup Cilantro, Chopped
2 to 4 Lime Wedges
Green Tomatillo based salsa, or salsa of choice. Tapatio will do in a pinch.
Salt, to taste
Black Pepper
Garlic powder, to taste
Oregano, to taste
Cumin, to taste
Paprika, to taste
Epazote, to taste

Want not. Waste Not.

Larger sized ducks have a fairly large sized gizzard. They taste great, so why waste them?

You may not like gizzards like I do, but I really hope you give them a try. What have you got to lose? The worst that happens is you don't enjoy them. But you might, and you might find it a good use for parts you may have been wasting!

Okay, okay. Maybe you aren't a fan of organ meat. Street tacos are simple and flexible, try it with a flank steak.