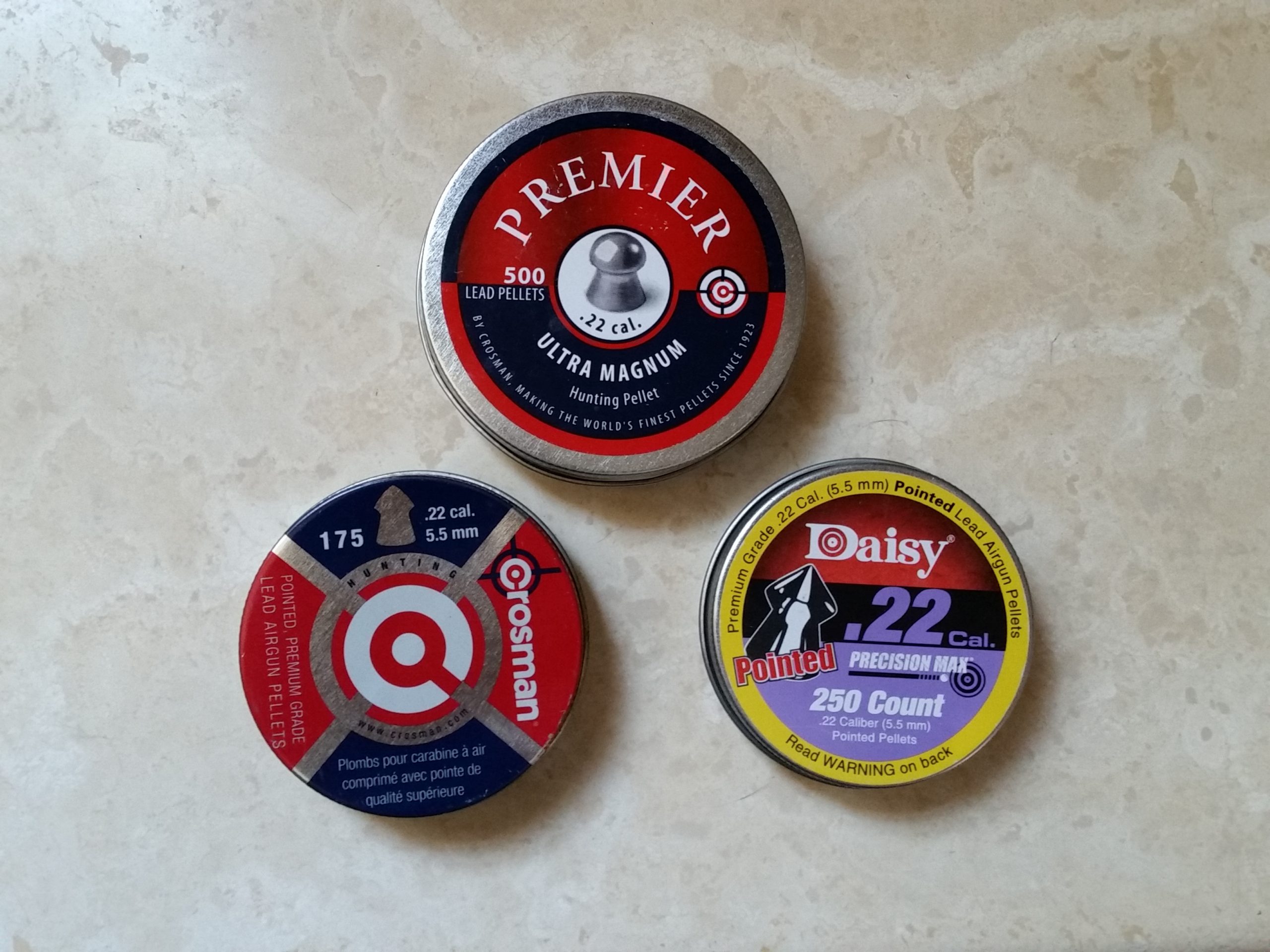 Crosman domed pellets penetrated deeply, and nearly exited 3/8″ plywood panel, leaving clear damage and missing splinters of wood.
Crosman pointed pellets deformed more than the domed pellets, and more energy was absorbed by the panel. Less penetration occurred, and less damage on the rear of the 3/8″ panel was visible. Damage on the rear of the panel
Daisy precision max pellets deformed the most, penetrated the least, and the energy was transferred completely.

The deformed pellets from the low FPE tests are visible in the photos. If you only had 3 over the counter pellets to choose from, and you want more penetrating energy and retention of energy along a wound channel, then choose a Crosman premier domed. If you want more energy to be released in the target with less penetration, chose the Crosman premier pointed pellets. In addition to frequent ‘flyers’ when testing accuracy of the Daisy precision max pointed pellets in another test, the softer alloy penetrated the least, and soft inconsistent skirts meant that pellets did not consistently seal against the barrel of the test air guns, and caused sporadic ballistic performance. The Daisy precision max pellets are not reliable for small game hunting, or pest control.