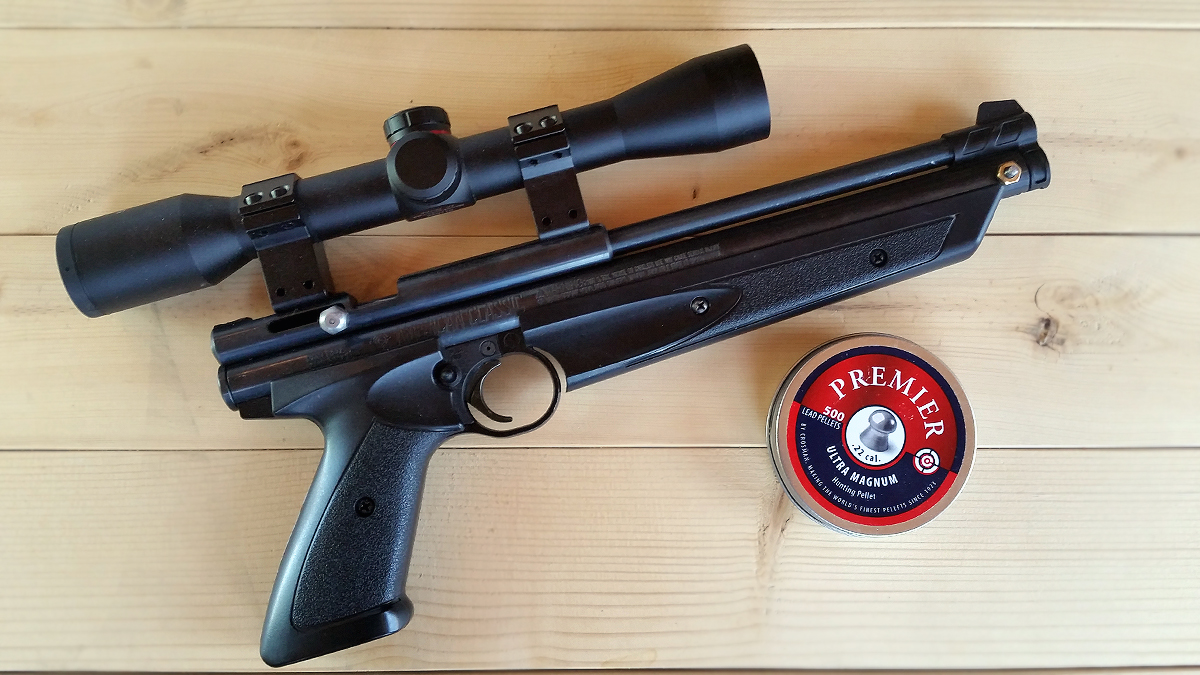 A scoped Crosman 1322 with a steel breech, and valve mod.

I am posting this because people have asked about my 1322 upgrades, and the air gun used in this video. This is the parts list minus my own modifications for the 1322 used to take pests and small game. See the update on my 1322, and where it is at today, below the parts list.

It has been over 4 years since this post was originally published. The 1322 is still an incredible air gun in its stock form, and even better with upgrades. I am still getting a lot of mileage out of mine. I’ve even improved performance by adding an 18 inch barrel, and a more rigid barrel band. For those that don’t do their own power mod to the stock cylinder valve, there are some really great, albeit a bit pricey aftermarket valves and pistons. The ALCHEMY AIRWERKS Flat Top HP valve and piston is a great option.

At 25 pumps my Crosman deeply penetrates 3/4″ pine boards at 7 yards, and is almost exiting. Its also incredibly accurate. I haven’t put it back on a chronograph, but I am positive it is pushing past 700 FPS, and maybe approaching the 800 FPS mark. It weighs in at 3 lbs. 6.8 ounces with a scope, and can still be carried in a backpack.

The 1322 may be the best compact air gun platform, and most reliable platform, for the amount of performance that can be squeezed out of it. It may not produce the power of a PCP, or some springers, but it also weighs a third of what those do, and can fit in a backpack.