Can You Eat Jackrabbits? 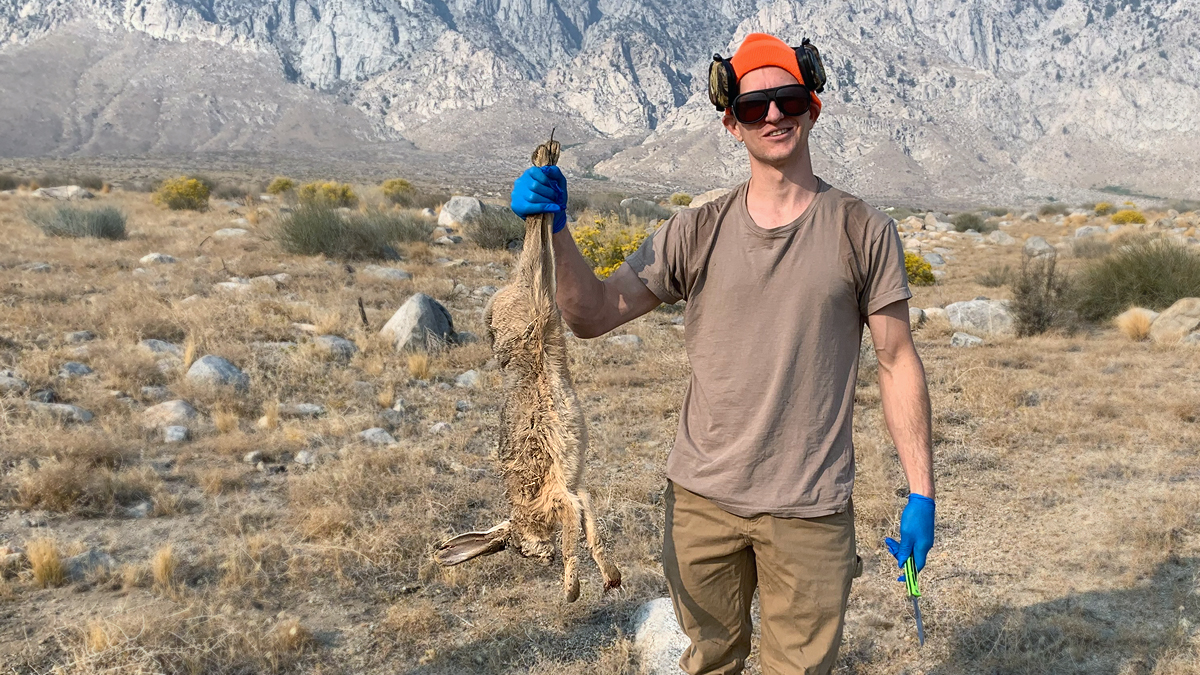 Can you eat jackrabbits? The short answer is Yes. However, if you ask most American hunters if you can eat a jackrabbit, the answers are lots of variants of No.

The most common responses are:
“You can eat almost anything, doesn’t mean it will taste good.”
“I’d rather eat boot leather.”
“They are stringy and leathery, and I leave them for coyotes.”
“They are nasty predators, full of worms and disease, and shouldn’t be consumed.”
“My friend tried it once and said…”

A lot of what I’ve heard and read, are the opinions of people trying them after their guts have sat in them warm for a while, and then sticking them haphazardly on the side of a campfire hours later. They are then un-shockingly disappointed. While some people enjoy this Neanderthal method of cooking, and it works well for some quarry, I prefer the methods developed over 45,000 years of evolution, and food science to boot.

I’m not going to dive into the species and subspecies science of jackrabbits beyond stating that jackrabbits are hares, not rabbits. They are just like a snowshoe hare, which I personally think taste delicious. Like cottontail rabbits, and other hare species, they can carry Tularemia, bot fly larvae, ticks, and fleas. The fleas can also carry disease, like Bubonic Plague. Hunting any rabbit or hare in colder months can help reduce some of the possible insect and larvae issues.

With all that said, the cleanest rabbit or hare I have ever taken was jackrabbit at the end of July, in California at about 9,000 feet. It didn’t have a single flea, or tick, and was I completely mind blown.

Tularemia is transmittable via open wounds, eyes, maybe even possibly just normal skin contact, but don’t quote me on that. So don’t be a jackass(original pre-concatenation of the jackass-rabbit’s name), and wear gloves when butchering any rabbit or hair species. I carry nitrile or latex gloves as part of my kill kit, and use them to butcher everything. I also only shoot any rabbits with a head shot from a 22lr or .22 air pistol, like my 1322 Crosman, to control the carnage, and keep processing very clean.

As far as jackrabbit recipes go, I’ll let you explore for yourself. Hank Shaw’s website, or Steven Rinella’s The Meateater website are a good start, so are their books respectively. See links below. I will say that Americans should shake the jackrabbit stigma, and embrace consuming them, because they taste pretty good. Granted, if haphazardly handle your game, and generally suck at cooking, then its fair to say almost anything you touch has a the potential to taste like shit, and that’s on you.

I’ve made stews, tacos, various braised recipes, and even schnitzel, from rabbits and hares. I’ve even had snow
hare in my ramen.

Pheasant, Quail, Cottontail: Upland Birds and Small Game from Field to Feast
The MeatEater Fish and Game Cookbook: Recipes and Techniques for Every Hunter and Angler

Hares taste great, other countries think so and cook them regularly, so what happened to Americans, to give our hares such a bad stigma?

Treat your kill like day old road kill, through it on a fire grate, and of course it will taste like trash? What animal wouldn't?

Immediately clean your hare, rinse it, and get the meat into a cooler to chill your meat as soon as possible. Treat your hare like a big game animal.