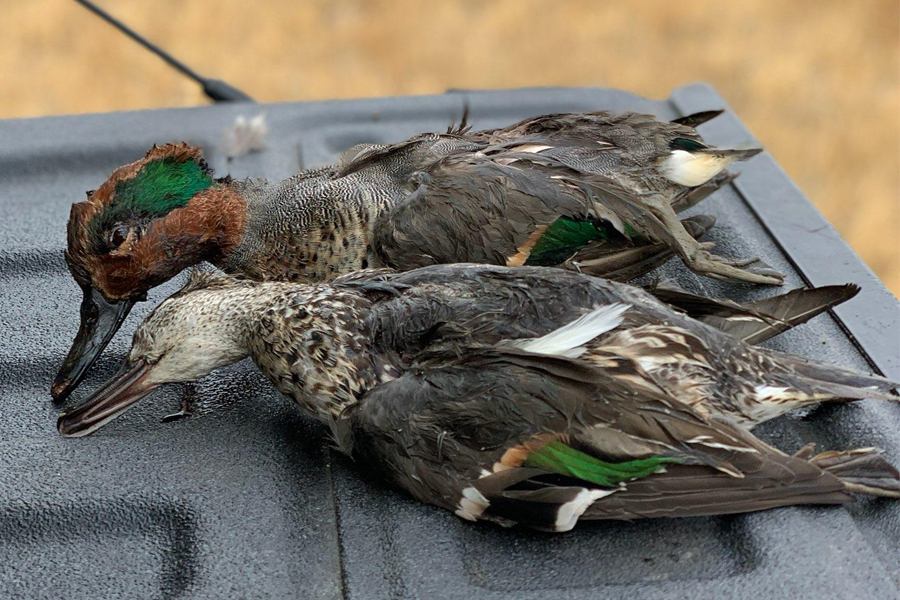 Its been a while since I had a chance to get out and do any successful wing shooting. So when I harvested a couple Green Teal ducks the other day, I was pretty happy.

After a late start on an overcast morning. I set up a short camouflage blind against a background of tall sage brush, and lazily tossed 6 Hard Core Brands Mallard Decoys into some shallow water in front of it. I used a blind similar to the Ameristep 4-Spur Blind and it was just way too short. I ended up doing a bunch of crouching. 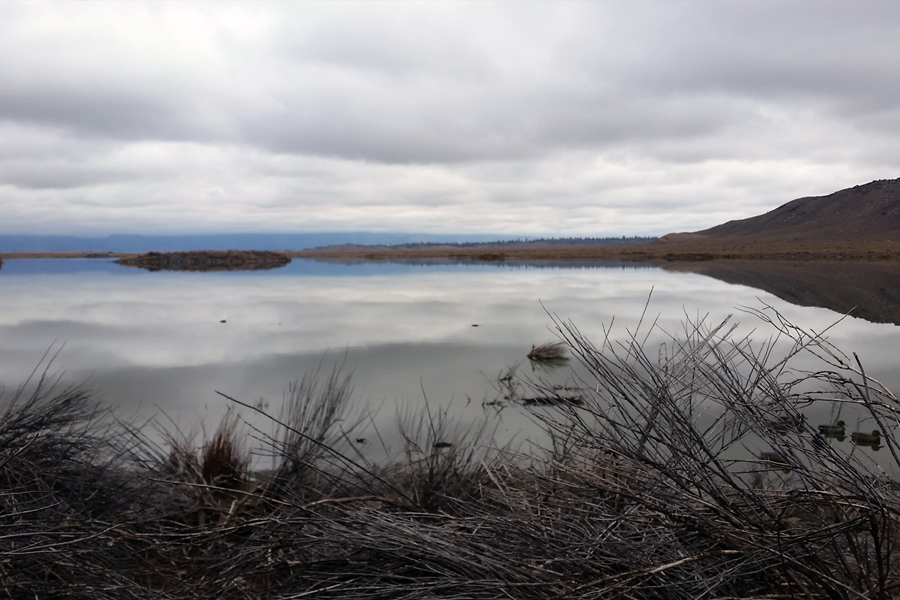 Two ducks down, on a lake with cool reflections.

A small group of ducks eventually made a mistake, and flew in over the dekes. I doubt they were enticed by my shitty calling.

I usually shoot upland birds, Dove, quail, grouse and chukar, and don’t have a ton of migratory bird hunting experience. It’s probably the reason I didn’t gauge my shooting distance too well, and thought the rather small Teal were twice as far and twice as big. I waited longer than I had too and folded 2 birds.

The birds fell into about 6 inches of water, and a friends young lab, after a significant amount of coercing, retrieved the ducks. The commotion on the side of the lake, pushed the ducks off, so we called it good for the day.

I didn't expect too much from the little slough, so I was pretty happy to harvest some green teal. Not a large volume of shooting, but the experience was worth it.

I didn't gauge my shooting distance too well, and thought the rather small Green Teal were twice as far and twice as big.

I Ain't No Skybuster!

I waited longer than I had too and folded 2 birds.