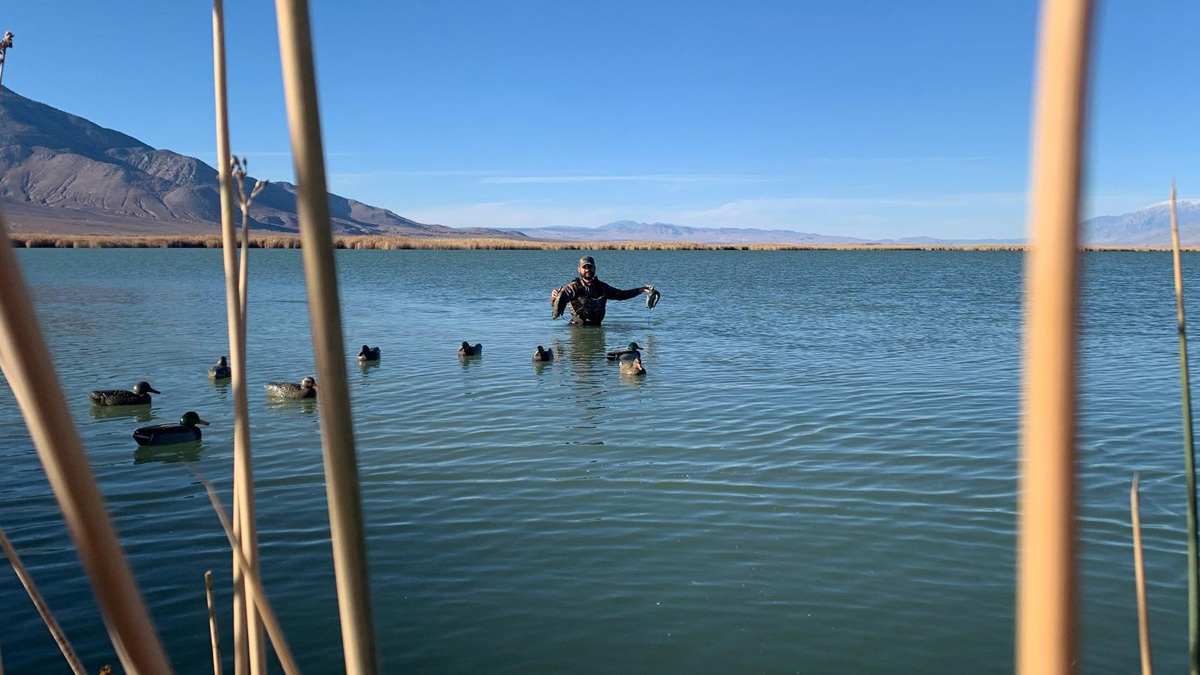 I switched from hip waders to insulated chest waders for the 2020/2021 waterfowl season. I got tired of occasionally getting wet, and wanted more insulation than most hip waders offer.

I researched a bit, focused on finding the best value for dollar, and ultimately chose TIDEWE chest waders. The waders feature an 800g insulated boot, 100% waterproof 3.5mm neoprene with a Realtree MAX5 camo pattern, an internal chest zip pouch, a hand warming chest pocket, a shot shell holder for 6 shells, useful D-rings on the chest/shoulder straps that I use for clipping deke hauling carabiners, and an adjustable waste strap.

The sizing runs true to big in the foot, and are intended to be used by heavier, and taller people. I am 5’7″ and 135, with a size 9 foot. I ordered a size 8, and had to stitch the shoulder straps, because they weren’t adjustable enough for my height. Had I not adjusted the shoulder straps, what I consider the arm pit of the waders would have been much lower, down around my mid-section. If you are taller than I am, it won’t be an issue for you. 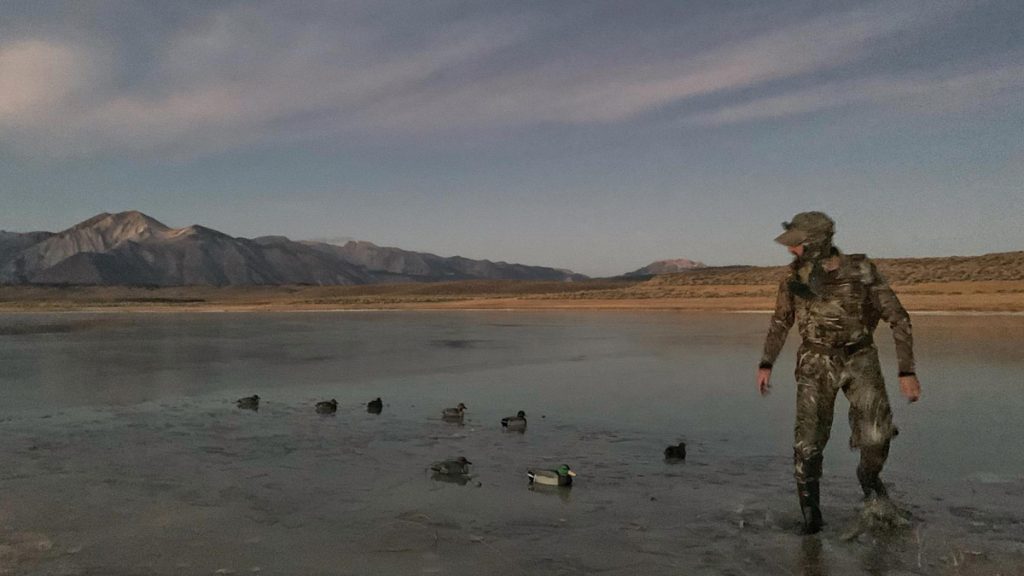 I’ve worn the chest waders since the start of the season, used them in thick muck, frozen and icy water, and even in 9F weather, where ice formed all over the outside of the waders. I’ve had no leaks, or issues with the waders whatsoever.

The TIDEWE chest waders have over 450 reviews on Amazon, and a 4.6 out of 5 rating. So you don’t have to take my word for it exclusively. While the waterfowl season, at the time of writing this is well underway, no waterfowler would be unhappy to receive these as an early Christmas gift, and for less than $150 they would be a great gift for a significant other, sibling, parent, adult children, or a good hunting buddy.

We only post about products that we have purchased. So there is no bias or pressure from manufacturers or vendors to provide positive reviews. The opinions are honest and our own. If Sportsman's Mag ever receives gear from vendors, we'll disclose it clearly, and still be as critical in our opinions, so we never compromise the trust we have with our readers.

I'm warmer, and able to wade more places than I ever could in hip waders. I'm glad I made the switch, and you probably will be too.

When choosing camo, there are a few options. Many hunting products are offered different branded camouflage patterns, like Mossy Oak, Reeltree, etc, but I seem to gravitate toward Reeltree MAX 5 or Reeltree Edge. It seems to work well for my local environments. 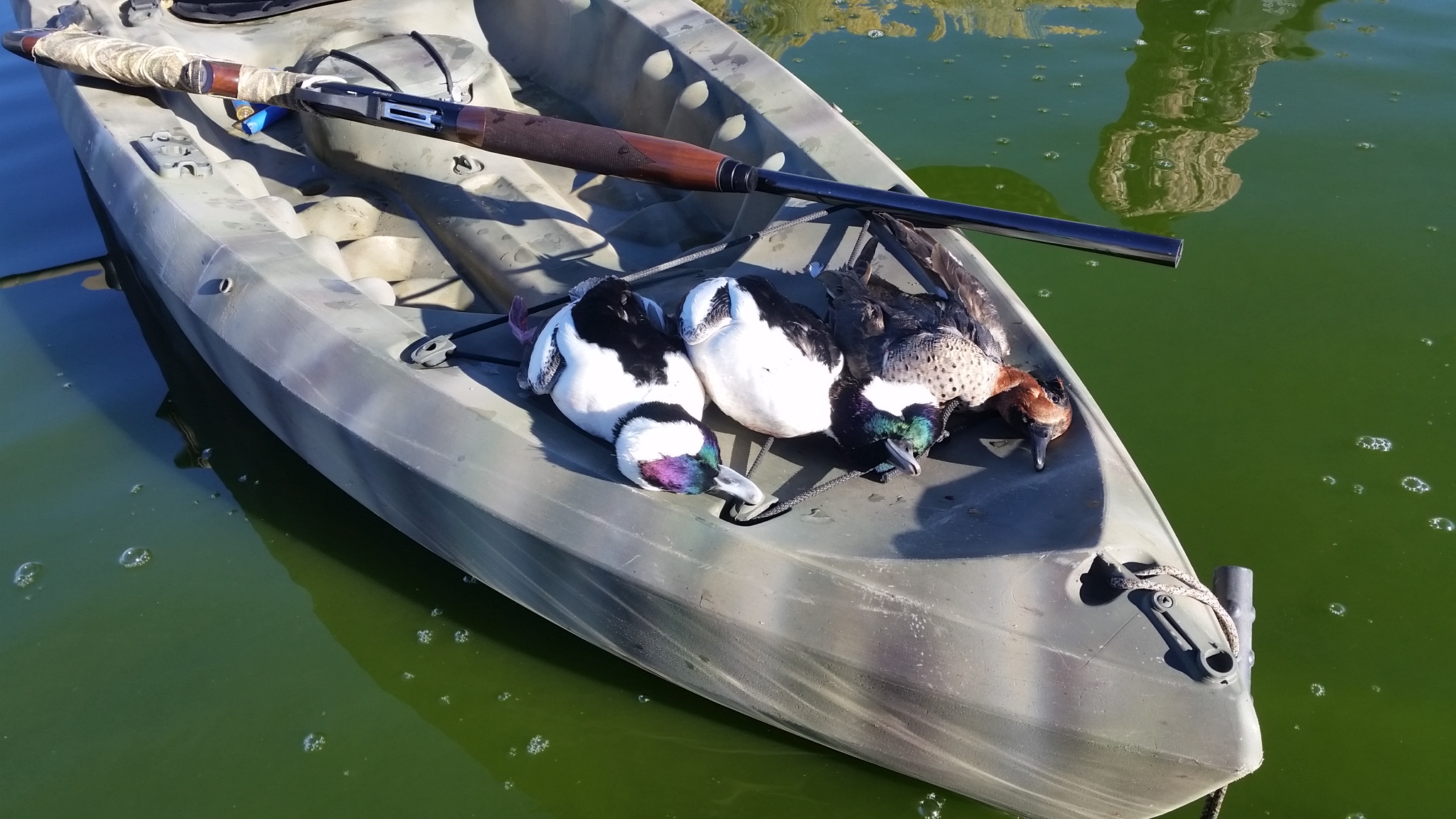 Hunting has so many variables, like temperature, weather, animal behavior, logistics, and almost anything you can think of can easily go wrong, but when things go right, its so more rewarding than an average hunt.

The morning started out cold, the air still, and with a limited amount of bird movement. The couple birds that flew over easily got away unscathed. Sitting in 9F temperatures made us slow to react to the birds that came in with little heads up. Our decoy spread kept freezing solid, even with a jerk rig, and we were physically too cold and stiff to shoot anything.

It became fairly obvious we weren’t going to do well in the spot we were in, and collectively decided to move. I had figured it would be a waste and the morning was awash with failure at that point, but couldn’t see the harm in trying a new spot in an unfrozen part of the lake. Picking up and moving was made easier by having a quick to move layout blind, simple but practical camo burlap, and decoys with quick to clip rigging.

After moving, we only put out about half of our decoys to save some time. Concealed ourselves as quickly as we could, and waited. I had almost written off the morning, so it was great when birds started to move and give us opportunities.

A little more bird stalking in the duck yak gave me an opportunity to drop the fastest bird I’ve ever shot. Another Bufflehead drake went ripping low across the water, I set my paddle down, picked up my shotgun, gave it the most generous lead I’ve ever given a bird, and folded it. I was instantly satisfied, when it folded, and cartwheeled the surface of the water for fifteen feet.

The morning had gone from terrible, to one of the best mornings of my waterfowl career. No, I didn’t limit, but I had done some of my best shooting ever, and on a day I had started to think would be fruitless.

My buddy added a Ruddy duck to his bounty, and the morning felt like an even greater success.

Sure, we had a bad start, terrible even, but we maintained positive attitudes, adapted, and turned the day around. We took home some ducks, and did some good shooting.

Really cold temps made staying warm hard. One issue I’ve had in really cold weather is wind and snow creeping down the back of my neck, and chilling me out. I bought a new camo balaclava, with a RealTree Edge pattern. Its longer than other balaclavas and leaves no gap on the back of my neck. I also bought a heavier weight, thermal underwear to stay warmer in my chest waders.

Keeping a positive attitude, and adapting to the situation can really turn your day around.

The old adage "Slow is Smooth, Smooth is Fast" pays dividends when its applied to waterfowl hunting. Taking the time to focus in on a bird, give it the appropriate lead, and take a shot without pulling, will help you dial in faster shots in the future.

No I don't think you can simply manifest your destiny. I do think that if you have a negative attitude about hunting, don't expect to see or get shots at ducks, you wont be ready to shoot them, or you wont see them in time to take the opportunity. Staying positive, and being ready, is the best way to take advantage of an opportunity.

Only shoot one duck? One is better than none. Focusing on the quantity versus the quality of your shooting or what you can do to improve the experience, is a poor way to go about thing.